Dwarf German Shepherds are what are referred to as designer dogs. They are the result of crossbreeding a purebred German Shepherd with a smaller dog, most commonly a Collie or a Poodle.

The outcome is a Dwarf German Shepherd, a tiny yet adaptable and energetic breed that would make an excellent family companion or little guard dog.

Designer dogs can have a range of coat colours and textures depending on the parent mix, but this hybrid is likely to acquire a good deal of the traditional German Shepherd appearance, working dog ethic, and intelligence. 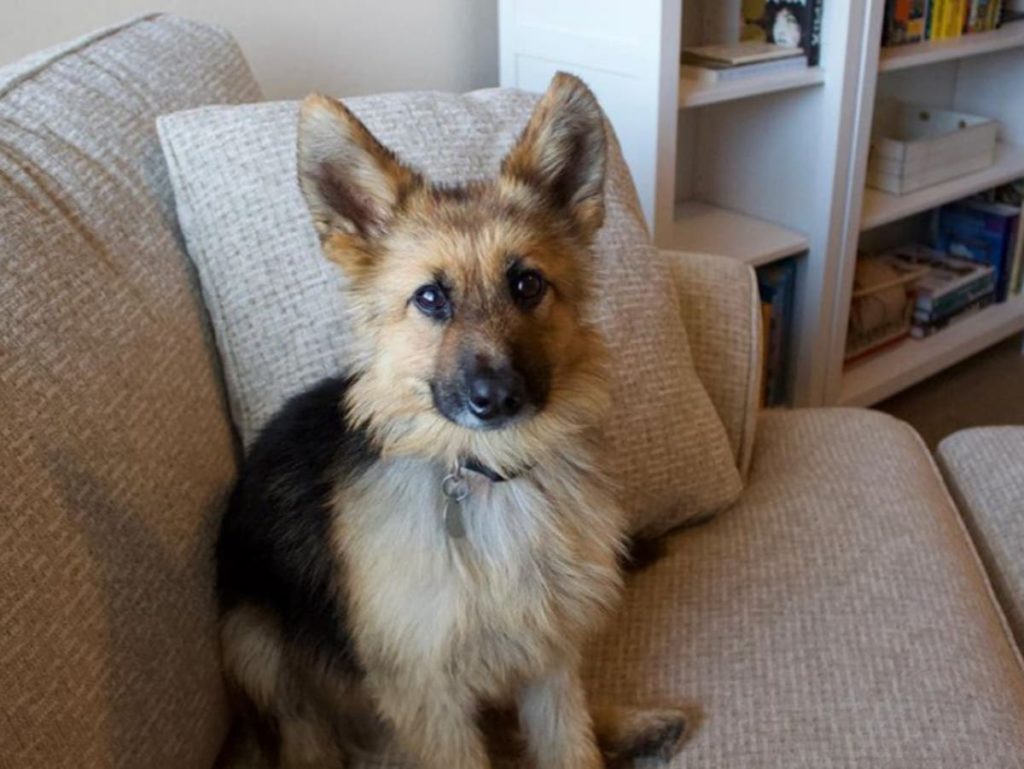 It remains an adaptable, flexible, and hard-working friend in need of a task.

These dogs were designed to be a companion or suitable working dogs for someone looking for a smaller version of the bigger German Shepherd.

This breed has a strong personality and should be socialized early on, since it may quickly become destructive or bark if left alone.

A Dwarf German Shepherd puppy should be socialized and taught as soon as possible, since its disposition will be more similar to that of the German Shepherd breed than the other parent breed. Even though it will be smaller, it will remain an agile and alert dog that requires plenty of mental and physical stimulation.

This clever shepherd-type dog should be quite straightforward to teach. Positive reinforcement and little rewards are effective methods of controlling this dog, but not severe control, any type of negative punishment, or physical constraint, since it may revolt.

Because the dwarf German Shepherd puppy is highly active and quickly bored, it will require at least one hour of exercise each day in order to avoid trouble, increasing to 1-2 hours per day in adulthood.

The Dwarf German Shepherd will require roughly the same amount of drive and stimulation as a full-sized German Shepherd. This implies they are intelligent, vigilant, and used to working hard when properly trained. This dog is quite easy to teach and thrives on challenges and a job.

They will be strong and tough, and they will thrive on a task that involves both mental and physical stimulation; otherwise, they will misbehave.

Socialization and disciplinary training at a young age are highly advised for any German Shepherd crossbred dog. Any hybrid dog with two clever parents will be independent and desire to remain active and helpful. They will not desire a sedentary existence and will take advantage of any exercise and activity provided by the owner.

When properly taught and socialised, this mixed breed dog will be friendly and approachable with children and other animals.

This is a diligent, highly motivated breed that requires much mental and physical stimulation to remain happy and healthy.

Each day, these dogs require at least one hour of physical and mental engagement.

A walk around the block is insufficient to fulfill their exercise requirements.

The Miniature German Shepherd is not the type of dog that will always lounge on the sofa or play games. They require employment, whether it is agility or rally, herding or defending the house.

Working with them on Rally or allowing them to sniff things out are excellent ways to exercise their brains, while taking them on a run provides excellent physical stimulation. Agility is another excellent approach to keep kids physically and intellectually fit.

Typically, these dogs do not bark and will only bark in response to someone approaching the door. They were raised to be security dogs, a task they do not take lightly.

Indeed, they are sometimes dubbed “German shedders” due to the amount of hair they shed. These dogs should be brushed every two to three days and bathed approximately every six weeks.

Even with all of that grooming, please keep in mind that dog fur will remain everywhere.

Prepare to perform extensive vacuuming and home cleaning in order to keep up with the mountain of fur that will accumulate.

While it is sometimes stated that a mixed gene pool implies a resilient disposition in a crossbreed, the only way to obtain a feel of what to expect in terms of health concerns and lifespan is to closely examine the parents.

Hip dysplasia is the most often hereditary disorder in dwarf German Shepherds. This terrible ailment arises when a dog becomes disabled or develops severe arthritis as a result of an irregularity in the hip socket.

Exercise is critical to maintaining the health of your full grown dwarf German Shepherd. This breed is athletic with a strong energy level that demands daily action, whether it’s a long walk or a game of fetch.

This midget German Shepherd is a high-energy breed that thrives on activity, both physically and intellectually. Once socialized and trained in obedience, it will be kind toward those it knows and will respond appropriately to various circumstances and directions, but may be distant toward strangers.

They require constant stimulation and will gnaw on objects if bored or left alone for extended periods of time, thus they must be kept stimulated and occupied. Boredom can be alleviated with chew toys.

This midget German Shepherd is a natural watchdog and will act instinctively to defend its family, thus it must be educated from an early age.

Dwarf German Shepherds with Pituitary Dwarfism retain their puppy coats for an extended period of time compared to other breeds. However, it will begin to fall out during the first year, and the dog will become bald save for their head and lower legs. Additionally, their skin might become black and scaly.

You can supply a sweater in the winter to keep your dog warm and sunscreen in the summer to protect their exposed skin if your dog suffers from hair loss.

A Lifetime of Treatment Is Required

To live a somewhat normal life, Dwarf German Shepherds require lifelong veterinary care. They lack the hormones their bodies require to operate properly, and the vet will almost certainly seek to replenish some of these to prolong their lives.

However, therapy for this illness is still in its infancy. There are few hormone replacement medications available for dogs, and those that are prohibitively expensive.

Typically, therapy does not result in the dog attaining an average size. Once they fall behind in growth, they remain behind.

Additionally, the therapy has a number of potential negative effects, including diabetes, bone abnormalities, and cancers.

The Lifespan of Dwarf German Shepherds Is Shorter

Due to their non-functioning pituitary gland, dwarf German Shepherds are predisposed to a variety of illnesses. The majority of them die before reaching their fifth birthday.

Diabetes and renal failure are two common causes of mortality. Some of these side effects are a result of the medication, not the ailment. Additionally, infections and neurological disorders are prevalent.

Without therapy, dogs typically die at an early age. While treated dogs can survive longer, they seldom live until old age. The medication’s adverse effects and the treatment’s quality are critical.

German Shepherds may appear to be adorable. After all, the most prevalent kind of dwarfism in German Shepherds causes them to seem as pups throughout the majority of their lives.

However, these dogs suffer from a variety of health issues and frequently die early. They require lifetime care, which may be rather costly.

As a result, we do not advocate adopting one of these pets unless you are willing to pay the associated vet expenditures. These canines suffer from a serious hereditary disorder.

Fortunately, genetic testing can help avoid this illness. Because the gene is recessive, a dog must inherit two to be impacted. Otherwise, they are nothing more than a healthy carrier.

By genetically testing breeding canines, you can avoid the breeding of two carriers, therefore reducing the possibility that one of their offspring may inherit two of the afflicted genes. Ascertain that the breeder does this genetic testing before purchasing a puppy.

How much are Dwarf German Shepherds?

How to tell if your German Shepherd is a dwarf?

A German Shepherd with dwarfism will have a sluggish development rate, which often manifests itself in pups between the ages of 8-16 weeks. They will retain their puppy coat for a longer period of time throughout their first year before finally