What are the Dogs that Look Like German Shepherds?

The German Shepherd, a popular service breed, is a big and athletic dog recognized for its intelligence, loyalty, and agility. They are devoted and hardworking dogs who are frequently used as therapy and search and rescue dogs, as well as guide dogs for the blind, because of their trainability and willingness to work, excellent sense of scent, and loyalty to their owners. Additionally, there are some dogs that look like German Shepherds, the chosen dog of police and military organizations worldwide.

Here, we have discussed dogs that look like German Shepherds. Take a look!

Characteristics of the Breed

German Shepherds are often regarded as all-purpose workers. Their imposing physiques are sleek and elegant, and their gait ranges from a leisurely trot to a gallop. However, it is their personalities that have won them the title of devoted companion, whether they are leading the blind or assisting police task forces or search and rescue teams in solving crimes.

The German Shepherd is self-assured and courageous, while also being one of the most loving and loyal dogs. They are incredibly clever and easy to train, which means they can quickly pick up commands for a variety of activities. They are both fearsome protectors and adoring household pets. Dogs that look like German Shepherds will also possess these qualities depending on their breed.

If you’re a lover of these dogs and want to explore more similar breeds, here’s a list of dogs that look like German Shepherds and have similar dispositions and temperaments.

Belgian Shepherds, commonly known as Belgian sheepdogs, originated in Belgium and are among dogs that look like German Shepherds. These herding dogs, which range in size from medium to large, are extremely clever and rapid learners. They are powerful, active dogs who excel at tracking, obedience, and search and rescue activities. These characteristics combine to make them great watchdogs and police dogs.

Belgian shepherds require regular exercise and walking. If they receive adequate exercise, they will thrive in an apartment. They require a strong owner and are not suggested for the novice or insufficient owners. They are excellent with children if properly trained and socialized at a young age, but are reserved with strangers and other pets.

The Shiloh Shepherd is a rare breed that is unregistered with any major kennel club. This breed is still in its infancy and deserves attention. Shiloh shepherds resemble German shepherds, although they are descended from Alaskan malamutes. As a result, they are larger in stature and have stronger hips. In 1991, the International Shiloh Shepherd Registry Inc. (ISSR) established the first recognized breed club for Shiloh shepherds.

Shiloh Shepherds are clever and lively dogs who require plenty of exercise and a wide area to run and play. Without adequate activity, this breed can become destructive and aggressive. However, if they receive appropriate exercise, they will adapt well to living in an apartment.

Tamaskans are a dog breed bred to resemble wolves yet have the disposition of a dog.

They are a mix of Huskies, Malamutes, Czechoslovak Wolfdogs, and German Shepherds. Officially classified as a breed in 2013, this once-rare breed is rapidly gaining popularity.

Tamaskans exhibit many of the same personality characteristics as Husky and German Shepherd. They’re excitable, vivacious, attentive, chatty, clever yet stubborn, and demand a great deal of patience.

Their popularity explosion has also resulted in dubious breeding activities. Be knowledgeable about adoption to guarantee your pup’s health and safety.

Also known as the “Byelorussian Shepherd,” these dogs were bred in the Soviet Union as security dogs.

Today, they continue to thrive as guarding animals, and while they are naturally calm and confident, they are exceptionally attuned to their master’s demands. This is not the type of dog that can be left untrained.

However, if you socialize and train it properly, you will have an incredibly intelligent and capable friend.

These Romanian canines were raised to herd sheep and defend them from predators such as wolves and bears.

The canines that resemble German Shepherds are said to have evolved when a shepherd-style dog was crossed with a Carpathian wolf, but even if this is not the case, these are not creatures to mess with. They’re pretty massive, weighing in at roughly 100 pounds on average, and they perform extremely well in teams.

The good news is that they will gladly accept you as a member of their squad since they are quite nice and cooperative.

Alsatian in the United States of America

These canines are occasionally referred to as “Alsatian Shepalutes,” a moniker that isn’t particularly magnificent but conveys a great deal about the breed’s origins. This is a relatively recent breed, having originated in the 1980s in the United States.

They were designed to resemble dire wolves, and they may exhibit wolf-like characteristics. Often, though, they are considered as dogs that look like German Shepherds, which is just as scary as a dire wolf.

Despite their fearsome look, they make poor guard dogs since they adore humans and are often clumsy.

Northern Inuits, another recently established breed, emerged in the United Kingdom in the late 1980s. They are the offspring of a breeding program in which German Shepherds, Siberian Huskies, Samoyeds, Alaskan Malamutes, and wolf-hybrids were bred.

They generally weigh around 100 pounds and are very intelligent and equally obstinate. As a result, novice owners will likely struggle with this breed, which thrives in households with other dogs.

These canines retain a noticeable percentage of wolf DNA, so don’t feel terrible if you find them threatening. Simply remind yourself that you are in charge — and hope the dog agrees.

While the list of dogs that look like German Shepherds are all stunning and amazing in their own right, they have their own pros and cons. These creatures are large, strong, and extremely intelligent, making them equally suited for work or as household pets.

German Shepherds, on the other hand, are very frequent. If you’re looking for a puppy that has many of its beautiful features but are less intimidating, the breeds mentioned above are an excellent place to start. 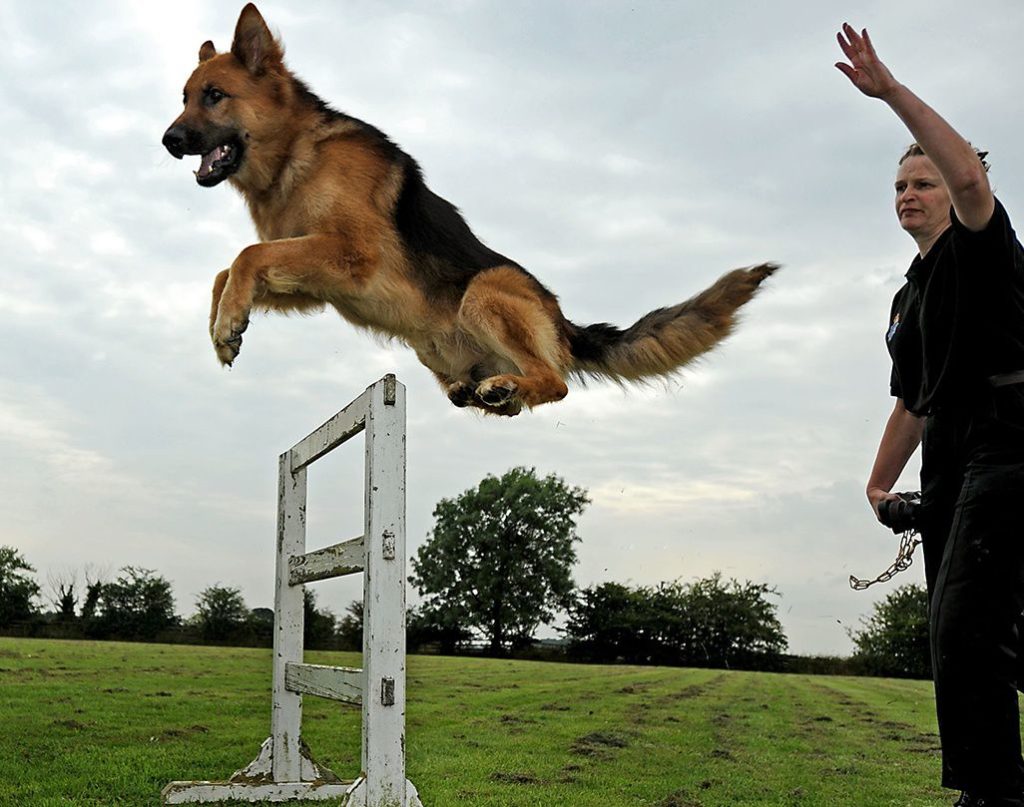