How Strong is a German Shepherds Bite Force?

How Strong is a German Shepherds Bite Force?

The phrase “bite force” refers to an animal’s biting strength. It determines the power of the animal’s jaws and hence the amount of harm it is capable of inflicting.

Numerous species, including crocodiles, hyenas, hippos, and dogs, have had their biting force tested.

When an animal bites, it typically has one of two motivations. Either the animal is defending itself or its family, or it is hunting. Have you ever wondered about German Shepherds bite force?

German shepherds do not require hunting for food because they often live with humans. They bite as a kind of self-defense, which is due to fear or aggressiveness. Here, we will focus on German Shepherds bite force in detail.

How Is the Bite Force of a German Shepherd Determined?

The first point to make when discussing a German Shepherds bite force is that the measurement may vary between bites.

For instance, if your dog is attacking, his bite may be different from when he is defending. In these two circumstances, the bite force of a German Shepherd may be different.

Understanding a German Shephard bite force is critical for comparing species and may also aid in diagnosing and treating a variety of jaw, skull, and dental disorders. The biting force is also taken into account when determining if a particular German Shepherd is suitable for work as a police dog or a variety of other critical occupations.

PSI is an abbreviation for “pound per square inch,” which is the standard unit of measurement for German Shepherds Bite Force. Additionally, it can be expressed in kilos (kg).

PSI is a unit of measurement that is used to determine the amount of pressure applied to a certain place or region. We can comprehend the force exerted by a dog’s bite by utilizing PSI. It yields a precise and consistent result when pressure is applied to a square inch of a pound.

Even if we did not have scientific measurements of a dog’s bite force, such as PSI or kg, it is vital to understand that a dog is capable of biting with sufficient force to pull a limb off or crush bones.

Oftentimes, intruders or criminals will rather submit to authority than risk being bitten. Additionally, dog owners are aware of the extent to which their dogs are capable of causing damage if given the opportunity.

It makes no difference what breed a dog is; all dogs are capable of biting. Dogs bite humans for many different causes.

The injuries may be severe, and in rare cases, deadly. They include tendon, nerve, and muscle tears, as well as lacerations, scars and puncture wounds, and deformity.

Numerous times, a fully non-aggressive dog may bite a human just out of fear or by accident touching a sensitive or damaged area of the body.

This type of German Shepherd bite force is a natural reaction and should not be interpreted as hostile conduct on the part of the dog.

How to Avoid Being Bitten by a German Shepherd?

After learning about the average bite strength of a German Shepherd, you may be asking how to prevent being bitten. The easy solution to this issue is training. With appropriate training and affection, bringing a German Shepherd into your house may transform him into your family’s closest friend.

With the German Shepherd’s great intellect, training may be a breeze. By educating your pet to heed commands and follow your directives, their violent behavior may be eliminated. This is one of the most significant advantages of having a German Shepherd as a family member.

How Much Bite Force Does a German Shepherd Have?

The German Shepherd is an extremely intelligent working dog that is frequently utilized by police officers and others. They keep a safe distance from strangers and are not readily distracted. Additionally, they demand a lot of playing due to their high level of activity. Generally, German Shepherds lack the strongest biting force available, yet they may apply considerable force when necessary.

German Shepherd dog bites can be hazardous due to their high pressure of up to 238 PSI. Nonetheless, they are extremely trainable, which means that they may be taught to be kind and friendly to others.

The Risks Associated with a German Shepherd Bite

You now understand why the German Shepherd bite force PSI is critical for determining the force of a dog bite, but it’s difficult to visualize the extent of the devastation without some form of comparison. The average bite strength of a German Shepherd is sufficient to brush human bones and, if the dog bites in the correct area, to kill a person.

Fortunately, as previously said, a German Shepherd is not an aggressive breed that will bite anything that moves. They do, however, require sufficient training. This is because a German Shepherd will not hesitate to defend its owners against perceived threats.

Additionally, the German Shepherd is renowned for its ability to evaluate circumstances and administer the same amount of force as its adversary. This implies that if a little bird pecks the German Shepherd, he is unlikely to strike back with a lethal bite.

While the German Shepherd is a frightening dog breed, it also has a reputation for being the most faithful. A German Shepherd, when properly trained, maybe calm, protective, and affectionate.

While a lack of training may drive a German Shepherd to attack, its hostility usually manifests itself when they are protecting their loved ones. When they believe their family is in danger, this dog breed’s intense loyalty frequently results in assaults. To avoid these sorts of problems, it is critical to keep your German Shepherd under control and well-trained.

We hope now you are aware of the German Shepherds bite force. Generally, a German Shepherd is an extremely loving, loyal, courageous, and gentle dog with an excellent temperament. However, because they are born aggressive (as are the majority of other dogs), early training is necessary. As early as possible, socialize your pet and give him basic commands to avoid future disasters. 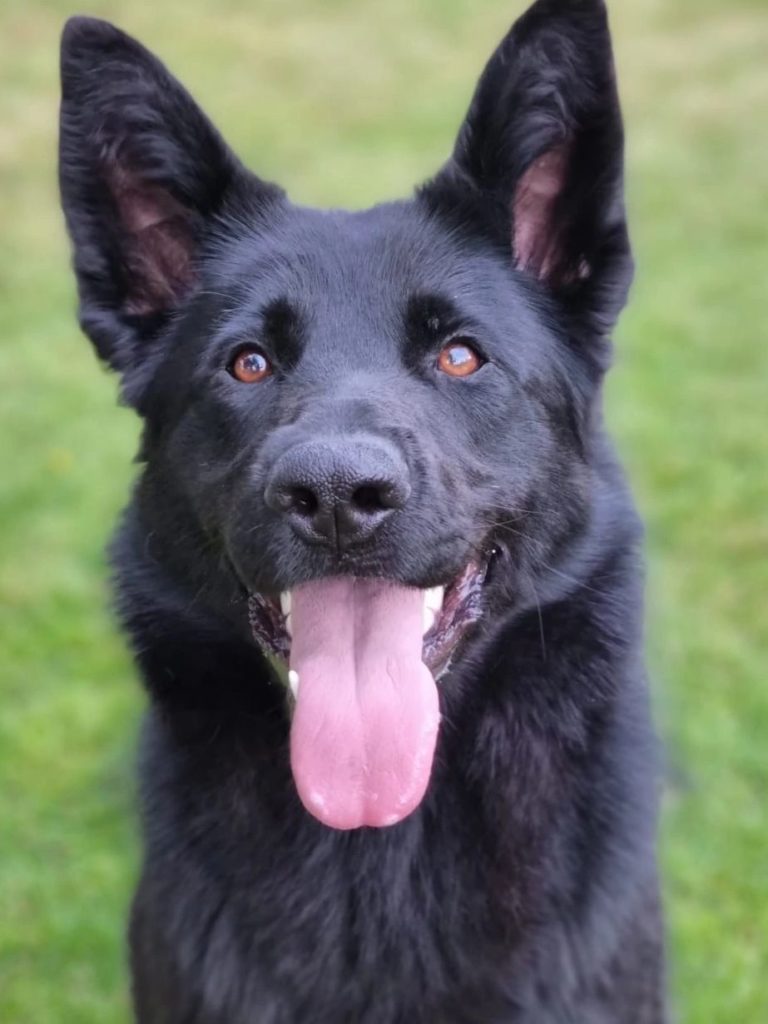